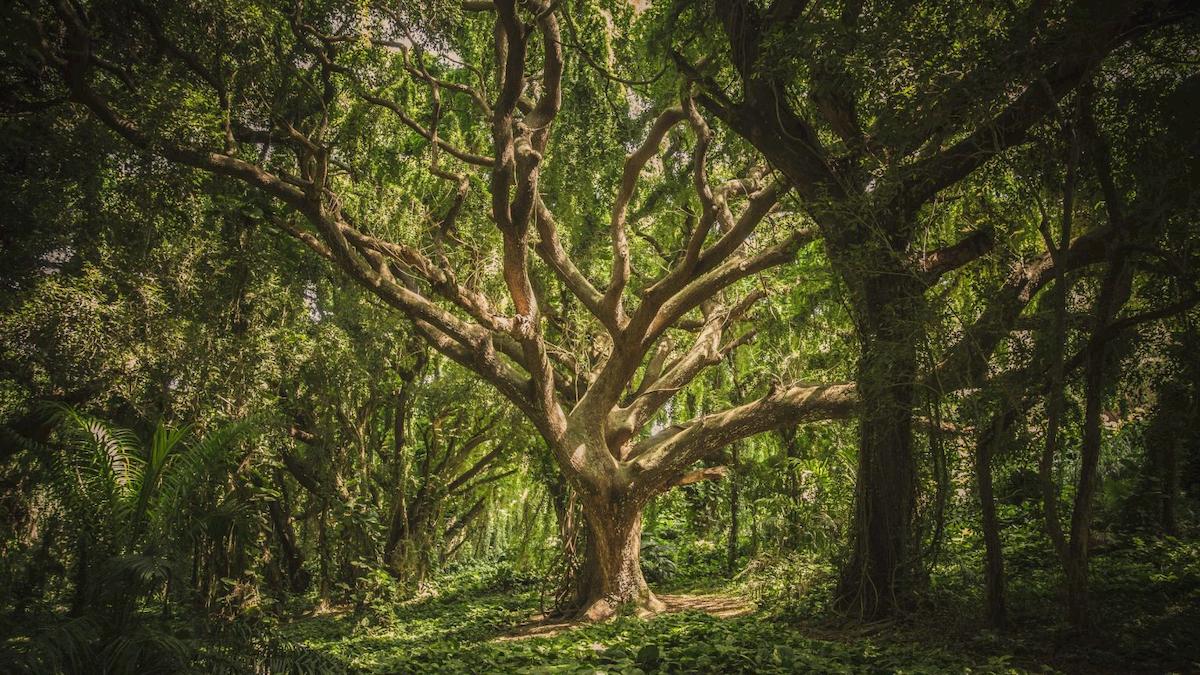 What kind of times are these, when
To talk about trees is almost a crime
Because it implies silence about so many horrors?

In the 1930’s the German poet Bertolt Brecht expressed this as a longing for a time beyond capitalism, and terror. A time when beauty and love could form the centre of human existence. Instead, he suffered under the disastrous political reality that had become the only possible subject of thought.

Brecht’s vision has not yet dawned. Dreams about freedom and economic democracy have been crushed with an increasing level of violence. The interests of capital have roamed the Earth: burned down its forests, polluted its oceans and waterways, and burned so much carbon into the atmosphere that humans, along with billions of living species, are now facing significant suffering, and extinction.

These are the times when we should be talking about trees.

Trees. These incredible creatures who suck carbon dioxide from the atmosphere. Who, so beautifully described by Peter Wohlleben, create systems so full of life one handful of forest soil contains more lifeforms than there are humans on the planet. Who have developed complex networks of communication. Who nurse their offspring, and remember without brains.

We need to talk about trees because we need to remember how much we need them. We need to remember how we, too, are part of this gigantic web of interactions called life. How every organism on Earth, including the human body, is a product of billions of years of interactions between sunlight, soil, air, water and the biosphere. And that human independence is a political myth, not a biological reality.

We need to take a deep, conscious, breath. Knowing where that oxygen came from. Feel it.

Even if I knew that tomorrow the world would go to pieces, I would still plant my apple tree.

And with the courage that breath gives us, we need to face the reality of what is happening; the last forests covering the face of the Earth are being destroyed at a rate of 27 football fields a minute.

And we need to feel that too.

We need to talk about trees because we might need the comfort of knowing that they have lived their slow lives for millions of years before humans came along. And they will outlive us.

Life, as a global regulated entity on the surface of this planet, is constantly creating new environments and new organisms. The planet is not human, nor does it belong to humans. Evolutionary biologist Lynn Margulis in her book What is Life? examines the interactions and symbiosis that have been central to life since the first species of microbes 3.5 billion years ago. She points out that, contrary to what many of us often fear, no human culture, for all its inventiveness, can kill life on this planet, were it even to try. We need to understand that humans are not the centre of life, nor is any other single species. Humans are not even central to life. We are, as Margulis points out, a recent, rapidly growing part of an enormous ancient whole.

Humans, like so many other species before us, can live outside the limits of our subsistence for a while. We can consume and pollute more than the ecosystems we rely on are able to withstand until, of course, those ecosystems collapse. Margulis describes how this process of expansion and contraction is one of the main characteristics of evolution. It is a global symbiotic process that always returns to equilibrium. The scale of destruction that homo sapiens have caused the earth is unprecedented by any single species, but this process of expansion has happened countless times before. And every single time the imbalance has been regulated; life continues.

Indeed, no other species has caused the same level of damage to life on earth as humans. But at least a handful of times in the last 500 million years 75-90% of all species on Earth have disappeared in a geological blink of an eye, in catastrophes we call mass extinctions. Fossil evidence has shown that Earth life has through its history withstood numerous impacts equal to or greater than the total detonation of all five thousand stockpiled nuclear bombs. Life is resilient.

We need to talk about trees because we need to remember that life is more powerful than our political and economic systems. That humans cannot put an end to nature, we can only pose a threat to ourselves.

Some say the point of no return has been passed. What will henceforth unfold is beyond human control. They say to let go of rage, blame and debilitating hope. Welcome grief, and forgiveness. Live out your last days maintaining peace in the surrounding chaos. Nurture love where conflict and hatred will spread. Breathe fully the last breaths of humanity.

Others say we have the technology, knowledge and will to revolutionise human society into a regenerative force living with nature. Nature is transformative and self-healing. If we redirect our energy, resources and persistence from destroying the Earth to protecting and restoring it – we might be able to create something beautiful beyond what we are now able to imagine.

They say this is now a matter of politics. Of commitment to the most militant and unwavering opposition to our current political economic system.

They say there is hope with the farmers who know that we are just the tip of the iceberg when it comes to life on planet earth. Who know their cattle, their livestock, their plants, have a deep interdependence with the soil. Farmers who have chosen to fight against strong capital interests and global agricultural corporations despite being ostracised by their communities. And use regenerative agricultural practices that promote biodiversity and refuse to use crops genetically modified to withstand herbicides and pesticides.

There is hope; with indigenous human populations, with the wisdom and knowledge of humanity’s inextricable connection with the Earth; in living on this Earth, in community and love; in banners reading “we are not protecting nature, we are nature fighting back”.

There is hope with the youth; those brave enough to sit with the pain of the truth, who choose to stay there, and open their hearts to the grief, rage, frustration and panic.

There is hope in those who choose to act on their fear; people who join movements such as Extinction Rebellion, who sacrifice their comfortable existence for the possibility of a future; for themselves, their children, and the human race. Who risk prison, and their lives, making systemic violence visible. Those who drag it out in the open for everyone to see.

With those who choose to create loving communities, workers cooperatives, permaculture gardens. Taking personal risks to build a new humane society from the ground up.

If we all stopped discussing whether or not we are doomed, and planted a tree instead, hope might grow into reality. This is why we need to talk about trees.

Klein, N. (2014) This Changes Everything: Capitalism vs. the Climate. Penguin Random House

Sandberg, A. (2019/29/May) Will climate change cause humans to go extinct? The Conversation. Available at: http://theconversation.com/will-climate-change-cause-humans-to-go-extinct-117691.

Why Indigenous Resistance is More Important than Ever (n.d.) Greenpeace USA. Available at: https://www.greenpeace.org/usa/stories/why-indigenous-environmentalism-is-more-important-than-ever/.

Wohlleben, P., and Flannery, T. (2016) The Hidden Life of Trees: What They Feel, How They Communicate―Discoveries from A Secret World. Trans. by Billinghurst, J. First English Edition. Greystone Books

Amanda Larsson has an MSc International Politics from SOAS University of London. She is currently exploring the interconnection between human and planetary health.

We need to talk about tre… 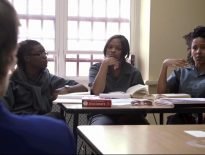 Essays What is Education for? A rare look at higher educa… 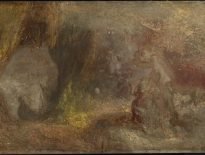