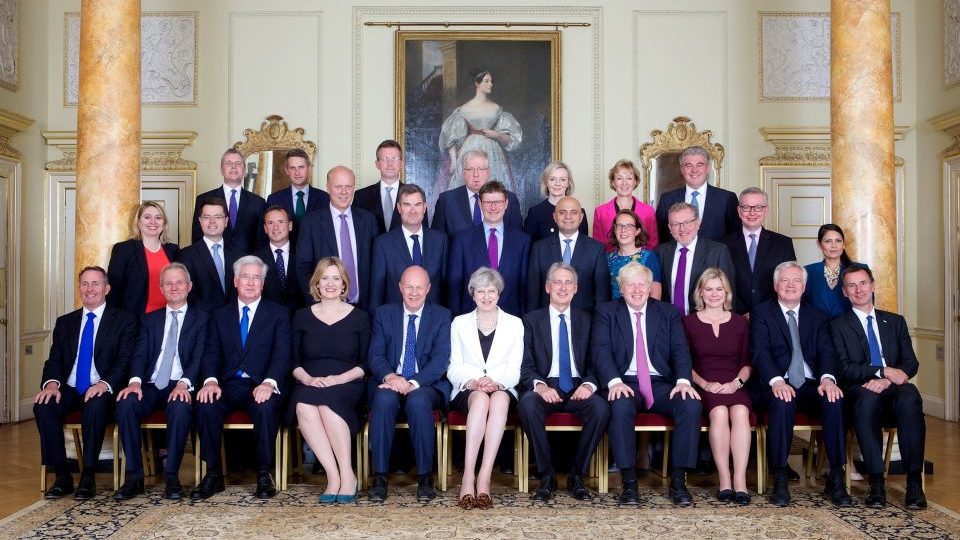 Much as this new cabinet looks like the Monster Mash, it must be a nice change for the Tories to have a few frontbenchers whose mum and dad didn’t get out of the back of the car when they arrived at parent’s evening. Normally, the Prime Minister is obliged for Occult reasons to find a place in cabinet for someone representing each of the Archetypes in the classic Tarot of Tories : The Jester; The Toad; The Shapeshifter; The Well Groomed Man; The Pederast; Lord Business; Shagger Without Portfolio; The Other Pederast; The Unknown Woman; and The Bummed Man. One thing this cabinet will help with is reclaiming the side of the Conservative vote that had crumbled to UKIP. Farage has already disappeared, as if he was only ever called into existence by the collective telepathic will of Daily Express readers. If the election isn’t called for two years and Brexit gets under way, or at least seems to, will UKIP still exist in a meaningful way? Do we even care about, say, their education policy? It’s like wanting to know ISIS’s position on speed cameras.

Theresa May is our second Prime Minister with the outer carapace of a human female, but what do we know about what she really thinks? We have nothing more to go on than her six years as the most right wing Home Secretary in living memory and her declared opposition to human rights. Who knows yet what her philosophy will be? The smart money is on free will for the rich and determinism for the poor. The appointment of 69 Junior Ministers shows us just how insecure May feels about a backbench rebellion, as well as showcasing her famously smutty sense of humour. In the interests of keeping him where she can see him, and general distraction, she placed Boris Johnson, looking more than ever like a nightmare Terry Gilliam had about an Emperor penguin, at the Foreign Office. Boris’s appointment has certainly divided people, into those who don’t want to be represented by him abroad and those who’re just glad that he’ll be out of the country more often. Foreign Office. You’d think by now it would be the dept for International Relations and Co-operation or something, but no it’s the Foreign Office, an office, for dealing with foreigners.

I’m not judging Labour’s behaviour so far in their election. Trying to exclude your core demographic by charging 25 quid is exactly what I did on my last stand up tour. Perhaps what non members like me don’t understand is that all this talk of “Labour family” is more than a metaphor, and they really do all fucking hate each other. We all marvelled at the way the Tory shield wall closed during their election, at the sheer brutal efficacy of it, in the same way that Ian Holm’s android in Alien purred over the efficiency of the film’s predator. It’s admirable I’m sure, but let’s remember that no good will come of it. There’s nothing to say that a soft-left candidate who echoed some of the Conservative’s concerns about immigration couldn’t make a better Labour leader, except for the last election where they tried that and it totally didn’t work. But that’s politics isn’t it? It’s all about opinions. I mean I suppose there are some people in Iraq, Libya and Syria who might view the concern over a brick going through Angela Eagle’s office window with a certain ironic detachment, if they still had the Internet, or indeed eyes. The spirit of the times was perhaps best captured when Owen Smith launched his candidacy by going on Andrew Marr to announce that he would be happy to instigate a nuclear holocaust, as Marr prepared to throw over to a country trio called Applewood Road.

I’ve sensed a certain anti-democratic air in the media since Brexit, and maybe some of this has found its way into the Labour debate. Perhaps the parliamentary party are best placed to choose leaders after all, has been the response of commentators who secretly want to scream for quite a long time about why any decision should depend on the opinions of people who live in Sunderland. Labour have been attacked for failing to hold power to account, but there was a time when the media saw that as its own job too. If only half the horror at being plunged into the unknown of Brexit had been reserved for the grim certainties of this May government. The man who destroyed a lot of lives imposing an austerity that actually increased debt got sacked and did a runner out of the back door, while the press ran pieces on May’s first speech (about, eh, social justice…) that were little more than PR. Maybe we need to be a bit more generous about the stated intentions of voters and a bit more sceptical about those of politicians.

For what it’s worth, all the indicators are that May is a vehemently pro-corporate Tory who is probably well to the right of her own traditional right-wing, and this is possibly the most right wing cabinet in modern history. And yet, paradoxically, I think we are about to enter a time when we will put our petty divisions aside, when we will learn to co-operate fully, when we will raise our consciousness from the mundane. We will have to do this in order to survive, and we will, in the Re-education camps. I’ll see you there.

[This article, written by Frankie Boyle, was pulled by The Guardian at the last minute because they objected to the word “bummed” on the grounds of taste.]
Scroll back to top
Thoughts

This is possibly the most… 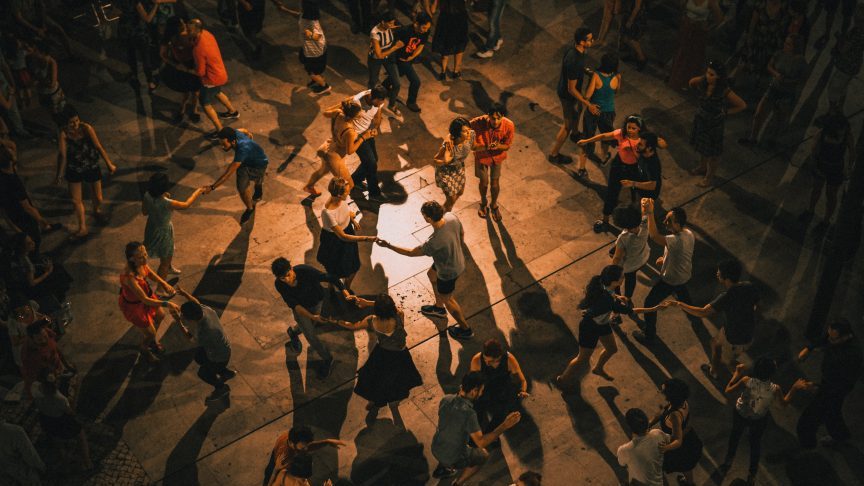 Thoughts The dancing species: how moving together in time h… 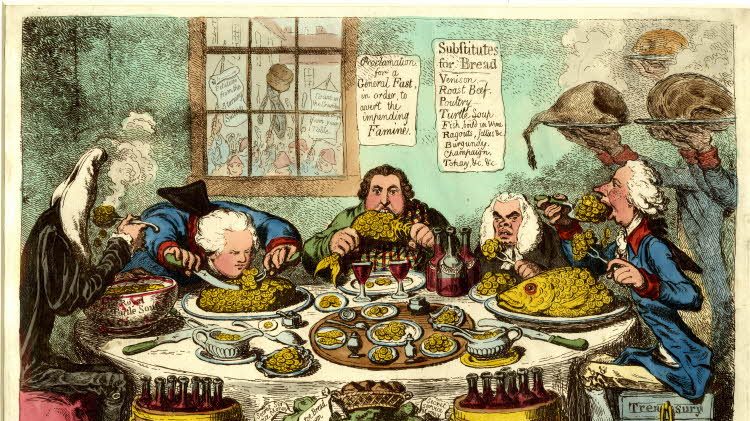