Where did Socrates, the foundational figure of Western philosophy, get the inspiration for his original ideas about truth, love, justice, courage and knowledge? New research I’ve conducted reveals that as a young man in 5th-century BC Athens, he came into contact with a fiercely intelligent woman, Aspasia of Miletus. I argue that her ideas about love and transcendence inspired him to formulate key aspects of his thought (as transmitted by Plato).

If the evidence for this thesis is accepted, the history of philosophy will have taken a momentous turn: a woman who has been all but erased from the story must be acknowledged as laying the foundations of our 2,500-year old philosophical tradition.

A neoclassical painting by the 19th-century artist Nicolas Monsiau depicts Socrates sitting across a table from a lusciously dressed, gesticulating Aspasia. The handsome young soldier Alcibiades looks on. The image captures the standard view of Socrates: as poor and ugly. The son of a stonemason, he was known from middle age for going unshod and wearing ragged clothes.

But Socrates is also said by Plato to have been instructed in eloquence by Aspasia, who for more than a decade was the partner of Athens’s leading statesman Pericles. Supposedly a highly educated “courtesan”, Aspasia is shown in the painting enumerating the points of a speech on her fingers. Her gaze is directed at the aristocratic youth Alcibiades, who was Pericles’ ward and probably Aspasia’s great-nephew. Socrates claimed to be enthralled by Alcibiades’ good looks and charisma, and (as recounted in Plato’s dialogue Symposium) he saved his life at the Battle of Potidaea in 432 BC.

Does the painting do Socrates justice? His main biographers, Plato and Xenophon, knew him only as an older man. But Socrates was once young, and was a direct contemporary of Aspasia’s. And, from surviving images of the philosopher, occasional information given by his biographers, and ancient written texts which have been generally overlooked or misinterpreted, a different picture of Socrates emerges: that of a well-educated youth who grew up to be no less brave a soldier than Alcibiades, and a passionate lover of both sexes no less than a intense thinker and debater.

Socrates was famous for saying: “The only thing I know is that I don’t know.” But Plato, in Symposium (199b), reports him as saying that he learned “the truth about love” from a clever woman. That woman is given the name “Diotima” – and in Symposium Socrates expounds her doctrine.

Scholars have almost universally dismissed Diotima as a fiction. She is described in the dialogue as a priestess or seer (mantis), and she is thought at best to be an allegorical figure – one of inspired or visionary wisdom who might have initiated a thinker such as Socrates into the mysteries of Love. But Plato leaves some curiously precise clues about the identity of Diotima which have never hitherto been elucidated. In my book I present the evidence to show that “Diotima” is in fact a thinly-veiled disguise for Aspasia.

Aspasia came from a high-born Athenian family, related to that of Pericles, which had settled in the Greek city of Miletus in Ionia (Asia Minor) some decades earlier. When she migrated to Athens around 450 BC she was around the age of 20. At that date Socrates too was around 20 years old.

A few years later, Aspasia became attached to Pericles, who was then a leading politician in Athens – and already twice her age. But a pupil of Aristotle, Clearchus, records that “before Aspasia became Pericles’ companion, she was with Socrates”. This fits with other evidence that Socrates was part of Pericles’s circle as a young man. He would undoubtedly have become acquainted with Aspasia in that milieu.

Given that he was part of this privileged elite in his youth, what impelled Socrates to turn to the life of the mind, shun material success and reorient philosophical thinking for posterity? No one has ever sought to trace the trajectory of the younger Socrates, because the biographical sources are scattered and fragmentary, and appear to say little of interest regarding his thought. But since Socrates was well known in Athens as a philosopher by his thirties, the earlier period is where we should seek evidence of his change of direction to becoming the thinker he was to be. I argue that Socrates’ acquaintance with Aspasia provides the missing link.

Aspasia was the cleverest and most influential woman of her day. The partner of Pericles for around 15 years, she was widely slandered and reviled by the comic playwrights – the tabloid journalists of their day – for her influence over him. Part of Pericles’s circle of thinkers, artists and politicians, she is depicted by Plato, Xenophon and others as an admired instructor of eloquence, as well as a matchmaker and marriage counsellor.

In Plato’s dialogue Menexenus she is described as teaching Socrates how to give a funeral speech – just as she had allegedly once taught Pericles. She was, in other words, known for her skill in speaking and, like “Diotima”, in particular for speaking about love.

So. Could Socrates and Aspasia have fallen in love when they first met and conversed in their twenties? The fact that Plato accords Aspasia considerable intellectual authority over Socrates has alarmed generations of scholars, who have largely dismissed the scenario in Menexenus as a parody of oratorical techniques.

Meanwhile, they have been happy to consider Aspasia a “brothel-keeper and prostitute” on the strength of citations from comic poets of the day. At best, scholars have elevated Aspasia to the status of hetaira – a courtesan. But this appellation is not once given to her in ancient sources.

If we accept the evidence that Aspasia was, like “Diotima”, an authoritative instructor of eloquence and an expert on matters of love – rather than a common prostitute or even an influential courtesan – a striking possibility arises. The notions attributed in Symposium to “Diotima” are central to the philosophy as well as to the way of life that Socrates was to espouse.

The doctrine put in the mouth of “Diotima” teaches that the physical realm can and should be put aside in favour of higher ideals; that the education of the soul, not the gratification of the body, is love’s paramount duty; and that the particular should be subordinated to the general, the transient to the permanent, and the worldly to the ideal.

These ideas may be acknowledged as lying at the very root of the Western philosophical tradition. If so, identifying the fictional “Diotima” as the real Aspasia makes for a historically sensational conclusion. In retrospect, the identification is so obvious that its failure to be seen clearly up to now must perhaps be attributed to conscious or unconscious prejudices about the status and intellectual capacities of women.

The time is ripe to restore the beautiful, dynamic and clever Aspasia to her true status as one of the founders of European philosophy.

Socrates in love: how the… 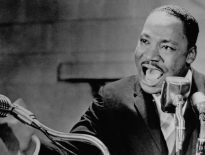 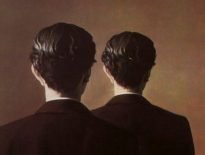 Thoughts Why speaking to yourself in the third person makes…